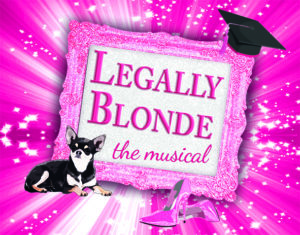 The Haslemere Players are delighted, finally, to bring Legally Blonde to the Haslemere stage after an 18 month delay.  If you purchased tickets for our original dates, great news! – these will automatically be moved to the same day in the new run.

A fabulous, fun-packed, award-winning musical based on the smash-hit film of the same name, Legally Blonde follows the transformation of Delta Nu sorority sister, Elle Woods, to Harvard Law School where she shows her ex-boyfriend – and everyone else! – that there’s so much more to her than being a glamorous blonde!

Spurred on by her  determination and support from her Delta Nu sisters Elle wins over her doubters, tackles stereotypes and snobbery and proves that a legal glass ceiling is no match for a young woman on a mission.

This hilarious and utterly heart-warming musical is so much fun and ridiculously enjoyable – it should be made illegal!