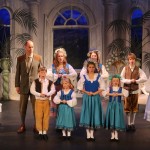 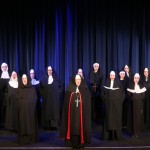 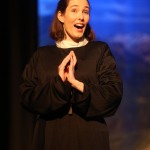 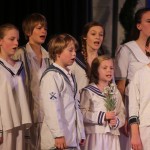 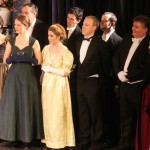 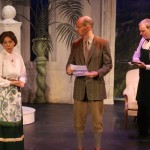 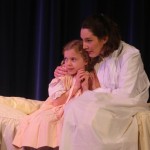 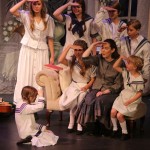 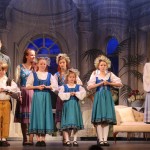 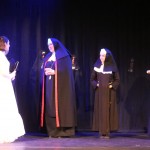 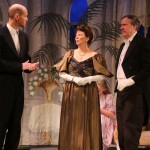 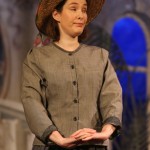 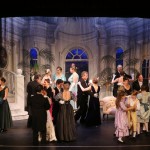 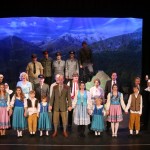 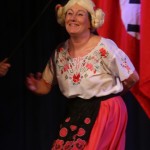 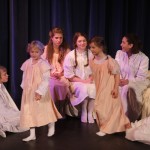 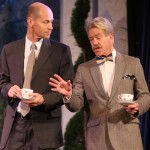 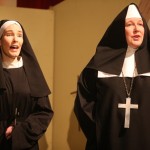 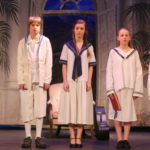 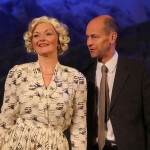 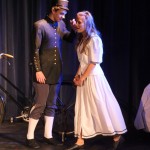 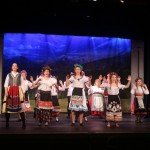 You can’t go too far wrong with the Sound of Music.  OK, I have seen one or two attempts that were not quite up to scratch but generally it is a good bet for professional and amateur companies alike.  There’s the cuteness factor of little Gretl for a start, and the songs are instantly recognisable and easy to sing along to.  But from what I saw of the Haslemere Players last week, they are not likely to go wrong with anything.  In fact, it was hard to believe that the Players are an amateur company, so high was the standard of their production of The Sound of Music.  There were a couple of cast members who had studied musical theatre and/or singing, but even those who had not were impressive in their grasp of singing, dancing and acting.  The story is well-known.  A young postulant, Maria, is sent to be a governess for the widowed Captain von Trapp’s seven children.  She brings music and joy to their lives but initially upsets the captain.  But he cannot be opposed to her for too long and the two fall in love.  So far, so schmaltzy it may seem but it is set against the backdrop of Anchluss when Nazi Germany annexed and occupied Austria in 1938.  While Captain von Trapp’s friends went along with this, he could not, and had to flee, climbing the mountains in to Switzerland.  It is a story based on a true one and was made in to a Broadway musical in 1959 and the film that most of us know in 1965.  I believe that the original Von Trapp family sang Renaissance and Baroque music and madrigals, but the songs from the Rodgers and Hammerstein musical are more lightweight and have become standards: Do-Re-Mi, Edelweiss, Climb Ev’ry Mountain, My Favourite Things, The Lonely Goatherd and, of course, The Sound of Music.  The may be lightweight in comparison with madrigals and so on, but they are not simple to sing and the cast did a fantastic job with them.  There were several outstanding members of this cast, in particular Edward Roberts as Captain von Trapp, who played him with a gentle and touching sterness and sadness.  He also has a superb voice.  Maria was played by Rebecca Lucas who likewise can sing beautifully and brought a freshness to the role.  Vicki Gavin was magnificent as Mother Abbess with a strong stage presence and a strong voice to match.  These three were excellent and they were supported by a strong cast from the smallest child (on this night I saw it this was Matilda Shapland who shared the role of Gretl with Emma Stent) to the oldest adult (I couldn’t possibly say) and to pick anyone out is not to denigrate the others.  Each of the children deserves praise for their voices, their acting and their dancing and their was some mighty fine singing and dancing – especially the latter – by the nuns!  Sets, choreography, costume, lighting all played a part in making this an exceptional production directed by Hamish Donaldson.
Stella Wiseman, Haslemere Herald, 2 November 2012.

Townsfolk, Contestants at the Festival Concert