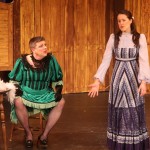 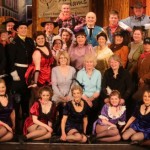 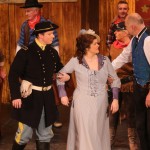 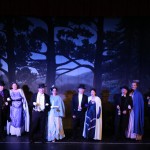 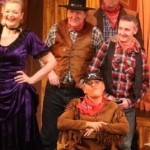 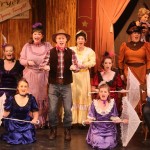 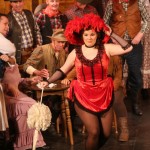 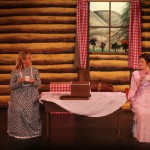 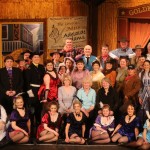 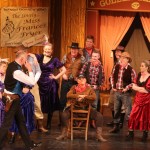 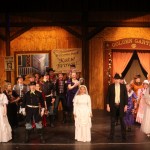 WHAT THE PAPERS SAY…..

A WHIP-CRACKER OF A SHOW!

From the moment the curtains opened on The Haslemere Players production of the musical, Calamity Jane, I knew we were in for a treat.  Fabulously designed sets and a superb orchestra introduced the energetic and enthusiastic cast who sang and dancd their hearts out all night to a packed and cheering audience – good old fashioned, first class entertainment!

The show is a story of romance, comedy and adventure with Calamity Jane, the gun-toting tomboy (an outstanding performance by Kate Chesworth) and Wild Bill Hickok, the legendary gunfighter (very well portrayed by Chris Bridge).

When the local bar owner in Deadwood City, Dakota hires Frances Fryer to appear at The Golden Garter, he thinks he has found an act to delight his customers.  However, artiste Frances, turns out to be song-and-dance man Francis (terrific comic timing from Alan Thornhill), and the bar is in uproar!

To save the day, Calamity rides to Chicago to bring back the customer’s true heart throb, Adelaide Adams (a delightful cameo from Rebecca Lucas), but things do not go entirely to plan….!

We had great evening with toe-tapping, uplifting songs such as The Deadwood Stage and Windy City and thoroughly enjoyed the feel good factor of the whole production – well done Haslemere Players.